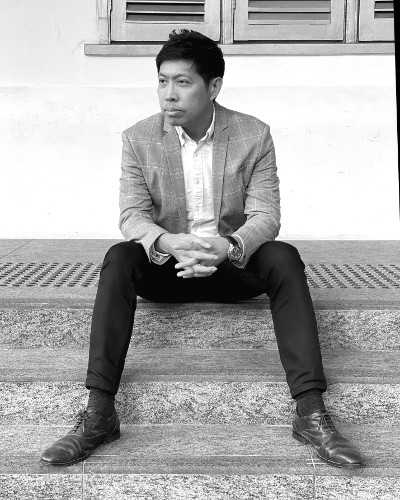 Kelvin founded MediqTrans in 2015. Today, MediqTrans operates in 2 continents and offers certified language services to multiple quality-driven life sciences organisations globally.
Prior to founding MediqTrans, Kelvin spent almost a decade at Lionbridge, a leading translation services company. He served as Head of Sales for South Asia, and led the regional sales team and Center of Excellence for Life Sciences in establishing and developing relationships with Fortune500 companies. During his tenure, Kelvin consulted and developed value-driven strategic relationships with market leading brands such as Baxter, GSK, PRA, Nikon, DHL and Samsung. Additionally, Kelvin has acted in senior management and sales/business development roles for various technology and services businesses including global management consulting and analyst firm, Frost & Sullivan, where he served as regional revenue leader and also established their regional strategic partnership program.
Kelvin has been invited as guest speaker, panelist and moderator at various conferences and workshops. He serves as advisor to Asia Regulatory Professional Association (ARPA), and oversees the business performance of Attunemen, a digital marketing agency acquired by MediqTrans in 2017.
Kelvin completed his MBA academia with the University of Bradford, and received his BEng from the National University of Singapore, with a double major in Electrical and Computer Engineering, and a minor in Technopreneurship.

Karl Schorn, PhD
Regional Director, Europe
Karl joined MediqTrans in December 2019 to drive the business in Europe with a focus on Germany. 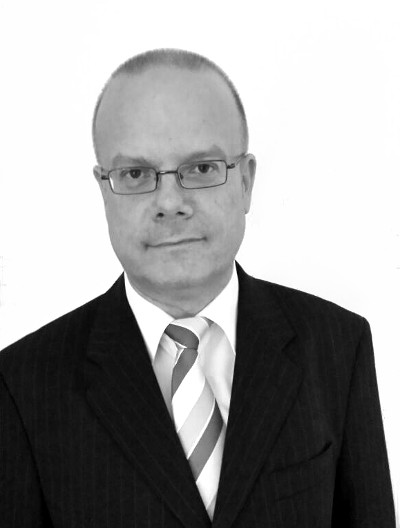 Prior to this role, Karl served as a Medical Scientific Manager in one of the largest German Medical Device companies, and was responsible for both clinical research and the management of Clinical Evaluation Reports, in accordance to the recently updated European legislation (MDR 2017/745), covering an extensive range of the company’s product portfolio.
From 1996 till beyond 2014, Karl performed several roles in clinical research, holding multiple executive positions overseeing clinical research within pharmaceutical, biotech and Medical Device companies, during which he developed extensive experience in the planning and execution of clinical trials across different phases.
In 2002, Karl was appointed the Quality Management Representative of a biotech company. Under his leadership, the company implemented and certified a quality management system which was certified to ISO 9001. From 2008, Karl led in general management and business development efforts during his tenure as a Co-Founder and Managing Director of a Biotech Company.
Karl received his PhD in Biophysics from the Technical University of Munich in 1995 for his thesis prepared in collaboration with the Max-Planck-Institute of Biophysical Chemistry in Göttingen. 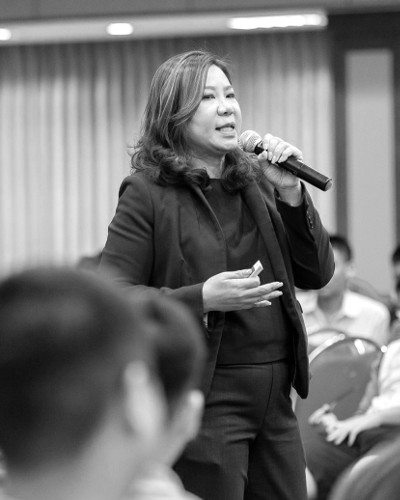 Siri has 30 years of experience within the Pharmaceutical and Biotechnology sectors, fulfilling roles that span across clinical research, medical affairs and marketing, and in the course of which performed leadership functions such as coaching, mentoring and training within the business units under her purview in APAC, EU and US.
Siri’s professional career has brought her through transformational and leadership stints at companies such as Pfizer, Boehringer Ingelheim and IQVIA (formerly Quintiles). Most recently, Siri was VP of Marketing and Customer Alliance at EPS International, a leading Asia-centric CRO and also top three CRO in Japan where it is headquartered. Siri was the first female promoted to the senior management role at EPSI. As such she was involved in mentoring up-and-coming female leaders within the organization.
As a people-person who has received multiple leadership awards and nominations, Siri is passionate about promoting health accessibility, and improving the well-being of people in developing countries. As a proponent of self-improvement, Siri is a certified Master NLP practitioner from the American Board of NLP, and certified in multiple areas including being an executive & life coach, a mental toughness coach, an image consultant, holds certification with ICI Germany as well as Profiling for Winning Negotiation, and has served as convention interpreter for world-renowned Tony Robbins.
Siri received her Master of International of Public Health from the University of Sydney, Australia, and her
MBA and Bachelor’s degree in Science (Agriculture) from Kasetsart University in Thailand.